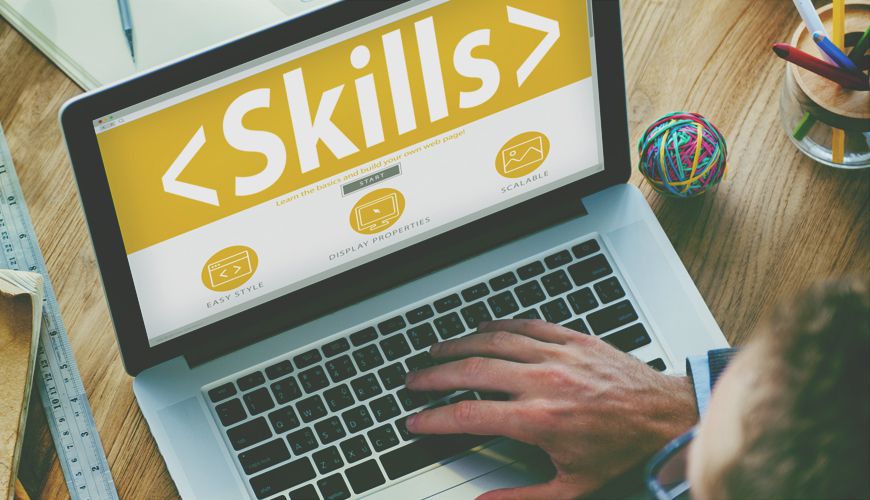 Whether or not we declare them publicly, pretty much all of us have goals set out for the new year. For many, included in those resolutions, is finding a new job. Okay, not so difficult. But what if you want to change careers to ensure you have a better future?

Well, a good place to start on that front is to look at the job skills that’ll be most in demand in the near future.

A great resource on that front is a piece of research released by LinkedIn in late 2016. The research, released on an annual basis, shows skills employers will need most in candidates in the coming year.

What the latest research shows is that data skills are increasingly needed while marketing skills, which have reigned supreme for the past few years, are less in demand than in previous years.

What shouldn’t be all that surprising is that technological skills dominate throughout. While the situation obviously varies depending on which country you’re in, it generally can’t hurt to improve your tech skills.

The consumerisation of technology has ensured that businesses are far more willing to use cloud and distributed computing technologies than ever before. Where a company might once have had a cloud server, it can now run everything from payroll to invoicing and employee wellness using cloud services.

Advancements in technology mean that the amount of data we produce has increased exponentially in the past few years.

In fact, according to IBM, 90% of the data in the world today was created in the last two years alone.

There is, of course, a treasure trove of information to be found in that data. Thing is, you need the right skills to make use of and understand that data. Data mining, which actually requires an array of skills, aims to extract information from a data set and transform it into an understandable structure for further use.

Statistical analysis meanwhile involves collecting and scrutinising data to help understand what conclusions can be drawn from the data.

Years ago, former Wired editor Chris Anderson boldly proclaimed that the web was dead. The fact that web architecture is so high on this list suggests that he may have been a little premature on that one.

If you’re unsure what this highly in-demand skillset entails, web architecture is basically an approach to the design and planning of websites that involves technical, aesthetic, and functional criteria.

Middleware is one of those things you might not have heard of, but which is critical to so much of the technology we use on a daily basis. According to Wikipedia, Middleware is computer software that provides services to software applications beyond those available from the operating system. It can be described as “software glue”.

Examples of Middleware include gaming engines, the QNX operating system which allows for multimedia services in cars and planes, and TV, media, and set-top box software.

Small wonder that it’s set to be an in-demand skill in 2017.

If you’ve ever interacted with a machine of any kind, you’ve encountered a user interface. The term specifically refers to the space where interactions between humans and machines occur. The goal of this interaction is to allow effective operation and control of the machine from the human end, whilst the machine simultaneously feeds back information that aids the operators’ decision-making process.

The goal of user interface design meanwhile is to make the user’s interaction as simple and efficient as possible, in terms of accomplishing user goals.

You only have to look at the number of high-profile hacks that have occurred in the past few years to get a sense of why network and information security are highly in-demand skills.

Network security involves becoming skilled in the policies and practices adopted to prevent and monitor unauthorized access, misuse, modification, or denial of a computer network and network-accessible resources.

Information security, commonly referred to as InfoSec, is the practice of preventing unauthorized access, use, disclosure, disruption, modification, inspection, recording or destruction of information.

Down a spot from the 2016 list, mobile development remains a critical skill. While growth in the global smartphone market showed a marked slowdown in 2016, and the halcyon days of explosive app downloads are over, there is still plenty of work for mobile developers, especially as app publishers look to constantly refine their offerings.

The second data-related entry on this list, this is data presentation’s first appearance on LinkedIn’s top 10 in-demand skills. It makes sense though: as the amount of available data increases, so people who can summarise, organise and communicate the information found in that data will become more valuable.

There were a good few years when SEO and SEM ruled the roost. As global internet usage exploded, being able to get a client’s website to the top of Google’s search rankings became a seriously valuable skill.

Originally this entailed building links between your client’s site and others with high search rankings. Over time, however, Google changed its algorithms to favour original content and sites that work well on mobile devices.

While search is still important, the skillsets needed are vastly different from what they were just a few years back.

It’s also worth bearing in mind that the supply of people with these skills has caught up with the demand for them.

No, this isn’t about being able to apply your mad Tetris skills to storage units. Storage Systems and Management actually involves understanding and using the technologies and processes organisations use to improve their data storage resources.

This, in turn, entails being familiar with a variety of technologies and processes, including virtualisation, replication, mirroring, security, compression, traffic analysis, process automation, storage provisioning and related techniques.

What skills are you looking for in 2017? Let us know the comments section below.